Conspiracy of Clash of Civilizations and Teachings of Hadrat Sultan Bahoo (R.A) 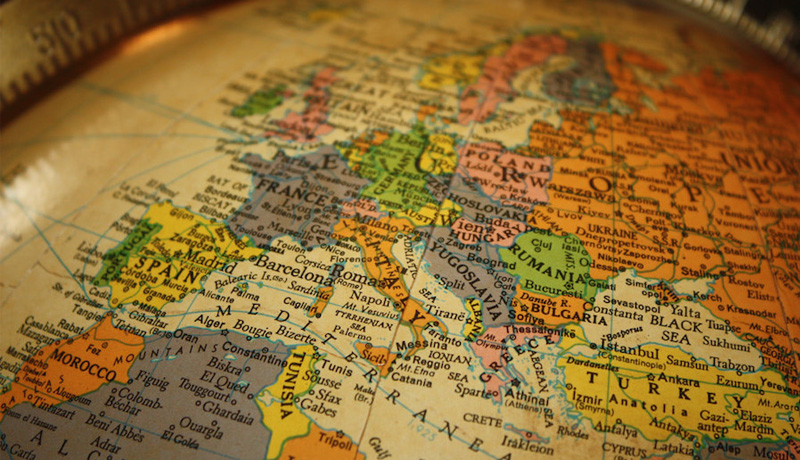 A lot has been written about clash of civilizations specially over the last 3 decades and mostly by prominent academics and intellectuals. Portraying it more as a prediction rather than a reconciliation manual.

The ironic thing is that when analyzed in detail and scrutinized on facts and figures, it becomes very obvious that the factual basis are very thin for a clash between civilizations to happen naturally, as it is being shown that it is a natural happening phenomena . The most prominent among those writers who wrote about clash of civilizations are Samuel Huntington and Bernard lewis.

If someone would have informed me that those books are written by post cold war generals and policy makers, who went out of job after the cold war finished, I would have easily believed so. Because both the writers have painted it with a biased and prejudice colors. The main purpose was to keep the western main stream public ‘s mentality in a constant state of war.

Namely that the cold war is finished but we have a bigger clash awaiting us hence to justify the oppression . Samuel Huntington’s essay about clash of civilizations first time appeared in the journal of foreign affairs in 1993 and later on developed into a book. The publication of this essay in the journal of foreign affairs is evident enough about t its importance to the policy makers .

According to these writings the most primary conflict would be between western and non western civilizations, i.e Islamic and Confucian. Towards the end of Huntington’s book he offered a solution that what the west must do to keep other civilizations weak and keep their dominance over them, the following is from his book.

The west must exploit differences and conflicts among Confucian and Islamic states to support civilization and groups sympathetic to western values and interests, to strengthen international institutions that reflect and legitimate western interests and values, and to promote the involvement of non-western states in those institutions.

Now after reading the above quote from his book even a person who is not an academic or aware of the global politics can easily determine that its very aggressive and interventionist attitude towards other civilizations in order to make them more western or mere copies of ones own image.

The western civilization is the central point in all those books and essays and portraying as if all other civilizations are in direct conflict with the west. the obvious reasons are off course left out from these writing which are the illegal occupation of lands to control the resources.

The topic chosen for these writings is very misleading and deceptive showing the greed for power and resources as a phenomena of clash of civilizations. Leaving out the core reasons for these clashes is evident enough to show that these books and essays are written for artificially engineering this clash for the dominance of the west and suggestions are not there to reconcile or resolve anything either.

These writings are just an extension of painting other civilizations specially Islam in white and black and solidifying the already negative image into a more sinister one to keep the artificially engineered pessimistic state of mind of the west alive to add fuel to the fire. The ethnic cleansing in Bosnia and the Spanish inquisition which were the acts of hate towards other people cannot be portrayed as clash between civilizations as suggested in these writings.

The definition of clash of civilization is being mingled and twisted in a way in these writings that any person with limited knowledge of history would be so confused and full of rage towards other cultures as to confront them.

The Islam practiced in Indonesia is different from the Islam practiced in Saudi Arab for example, the basic principals remain the same but the level of tolerance and modernity changes all over the Islamic world. So the variety of Islam within the Islamic world is so immense and to simply say that Islam as a whole is in clash with the west is a very wrong and questionable statement.

Islamic empires ruled more than half of the world and other civilizations and cultures flourished under those rules for more than a thousand years. So my question is if it’s a natural occurring phenomena then why is it just happening at this particular time and the way that is only beneficial for the west? the answer to this question should be crystal clear in the readers mind by the end of this article.

People in power are questioning and finding an escape goat for their actions, rather than changing the system and changing the prejudice laws they are saying that the civilizations which existed in peace for thousands of years are somehow now at a verge of collision. The double standards are obvious in their actions.

Why they worry about the people of Libya and want to intervene and overthrow the existing government ? why they don’t intervene in India, Israel or Serbia? Because those countries are already in acceptance of the new world order , the collision of cultures and civilization would give a concrete reason to fully come under the banner of west.

As president Bush used the words ‘ new world order’ and ‘ start of new crusades’ after the attack on Afghanistan and Iraq. We all know too well that the current actions are to pave the way for Freemasons and their agenda s so how can we expect them to provide solution for nations when all they care about is their own interests, and the evidence of world war 1 , world war 2 and the gulf war is at front of us and still public was stupid enough to believe them once again after September 11th.

Central power of Muslims ( khilafah, Turkish empire) was broken after world war 1, and Israel was created after world war 2. But we are not taught that in our history lessons in school. As martin Luther king junior said we have misguided men but guided missles. Which is exactly what we have around us right now. The solution to all problems is a bomb and war in decision makers because they cannot even think of a more sustainable solution.

Islam have answers for all the human problems on individual and communal level.

In the teachings of prominent Sufi saints much emphasis and importance is given towards the peaceful co existence of different cultures and religions and history stands evident that it happened in the past over and over again.

Hadhrat Sultan Bahoo’s (Allah bless his soul)  teaching becomes more relevant because they address and provide solutions to such communal problems in detail. I will quote just a few examples from His poetry that are relevant to this burning issue of current time.

In this particular line of Bayt Hadhrat Sultan Bahoo is giving the wisdom of achieving the goal by sacrificing the materialistic livelihood, the goal can be anything to a reader, individual or communal harmony and peace.

Wish to die while in life, than within faqeers robes remain Hoo
If rubbish and refuse is thrown at you like rubbish mound than sustain Hoo
If someone swears or taunts you, be polite to him again and again Hoo
From friend accept complaint, taunts, notoriety and humiliating proposal Hoo
Most powerful holds my rains ‘Bahoo’ He treats me as he likes I am at his disposal Hoo

In this particular bayt the lesson of patience seems prominent , the lack of which is the main cause of fights and quarrels among people and communities, because we don’t want to forgive or overlook. Which is a critical factor in a peaceful society.

The materialistic approach and love of wealth cannot let an individual look at bigger things,
The struggle is focused on reparing the old broken system rather than generating new ideas and innovation to progress.

Lack of faith and belief make us fearful towards new things and justified risks , if we know after a short period of pain and struggle success is awaiting us why then we afraid of that small period?

Feeling empathy for someone is becoming rare, we are eager when we are taking materialistic things but we start reasoning and become rational when its time to give.

On a bigger picture the resources of so called third world countries are plundered by west each and every day, and in return they give aids and charity with conditions in order to make that nation more poor and enslave them.

Hadhrat Sultan Bahoo s poetry is more widespread than His books but the dilemma is neither is understood as it should be in a wider public given the fact that His teachings are becoming more and more relevant to the present times.

His teachings go to the root of the problems and provide the best solution possible because the wisdom is taken from Quran. No one is going to come along and spoon feed us the knowledge and information, its all around us, all we have to do is struggle and strive for it.

In a nutshell the solution is to overcome the religious and cultural differences . Belonging to a different race, religious sect or nation are all superficial differences which are exploited over and over again.

And last but not least I ll leave you with the thought provoking piece of a bayt that urge us to get out of your collapsing system and move ahead against all odds , doing good and progressing in ideal situations is not an achievement on the contrary rising against the opposite wind is an achievement in itself